Quick post as I've just listened to this band again.

You know how it goes, you're buying a couple of things from a distro or label website and you just have to have a final look around to see if there is anything else you might have missed that takes your fancy. That's what happened with this. I was buying the In My Eyes re-presses but felt a bit unsatisfied because they were albums I already knew. Being on a bit of a punk rock kick at the time my eyes fell on this. Harrington Saints - Pride & Tradition. 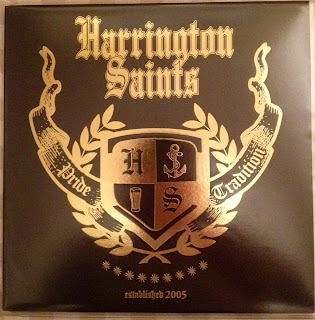 I'd never heard the band before but noticed it was produced by Lars Frederiksen and I've always had a bit of a soft spot for Rancid. I love their first 4 maybe even 5 albums. If truth be told the Rancid and Lars and the Bastards sound/influence is their in spades, and when it's at it's most obvious the band do come across as a little bit of a poor mans version of the aforementioned. They do have some moments though when they sound like their own band that they are pretty good. It's pretty inoffensive catchy oi infused punk rock just right for the few warm afternoons we've had.
Anyway the cover of this thing looks awesome gold on black. Really stunning and striking. 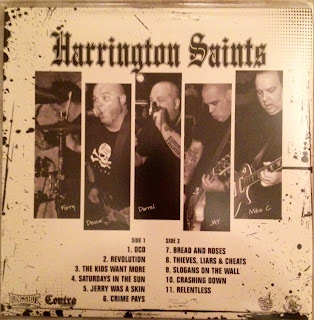 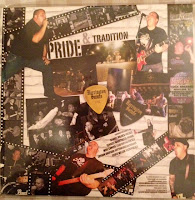 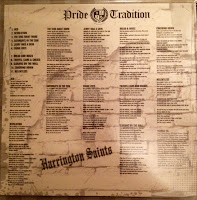 I was pleasantly surprised to find this is on white vinyl which I presume is the standard pressing. 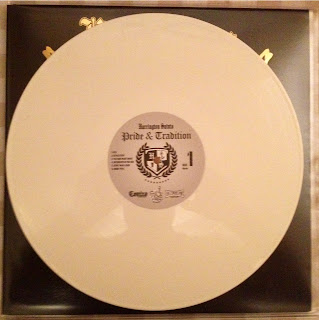