Down With The Quickness

I almost forgot I'd picked this record up a couple of months ago and whilst the record it's self is nothing special the band and music certainly are. 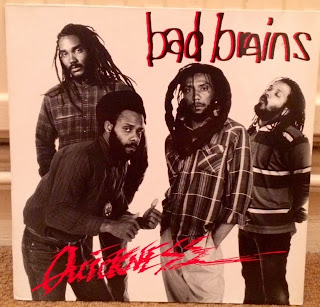 Another addition to my Bad Brains vinyl collection comes in the shape of the bands 1989 record 'Quickness'. This is the record where the bands fan base starts to splinter, three years after the awesome 'I against I' Bad Brains returned as a very different proposition, gone really are most of the hints of there previous hardcore sound and in it's place comes ragga-metal. 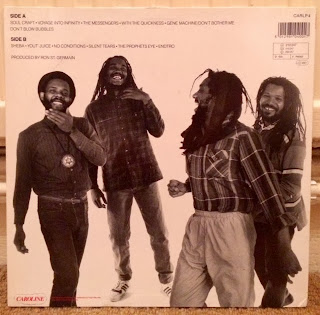 Whilst the bands first three records are definitely the highlights of their long career, I've always liked this record. It's still massively influential and would be the blueprint for where bands like Dub War would get their sound. Musically there's riffs and guitar work on this record that bands are still apeing today. Soulcraft especially is still a wonderful and infectious song that sounds like it was from the 2000's rather than the 1980's. 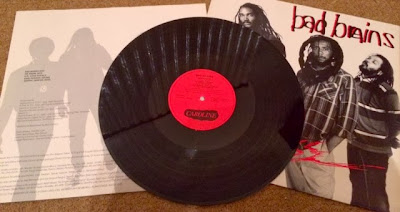 The record here is an original press on Black vinyl. I presume this is a European pressing of the record. The vinyl it's self is ridiculously flimsy and has that 80's mass produced feel to it. I'm definitely pleased to have this record in  my collection again though.
Posted by J@screamingforrecords at 14:29 4 comments:

Through The Turnstile Again

You know how it is, a second press of a record is released, you have no intention of picking it up and then some pesky blogger goes and points out that there's differences between the pressings and suddenly you HAVE to have one. 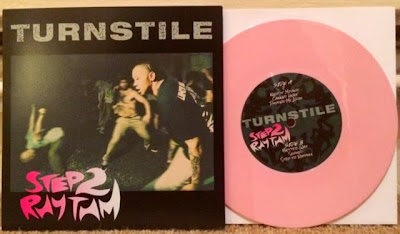 It was Mike in this instance who posted up his newly acquired copies of this repress from Reaper Records. Despite having a decent collection of the bands first single I'm still not entirely impressed with this offering so wasn't going to bother, especially as Mike had received two copies of the second press but only one had a different sleeve, however I took the risk and luckily got a second press sleeve. 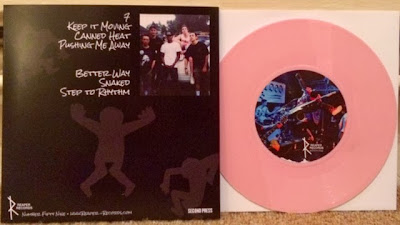 The differences other than the Pink vinyl obviously are that the sleeve is slightly darker than the first press and has 'Second Press' printed on the back. The vinyl it's self this time round isn't as thick as the first press versions.  Also the B-side label has changed. 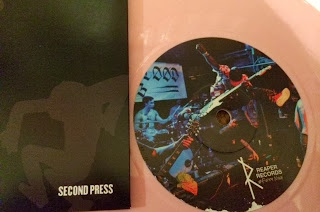 Of course now I have this version of the second press and three copies of the record in total I'm now thinking I should really pick up the two colours I'm missing (See Mike's group shot here). Quite the reversal of thinking eh? My other two posts on this record can be read here and here . 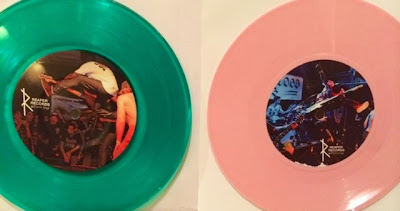 Posted by J@screamingforrecords at 14:01 4 comments:

Fixation On A Baby Gopal

A few weeks ago off the back of those Between The Buried and Me represses I visited the Victory Records webstore to see what else was going down with this once great label. I clicked on the 'vinyl' section and boom there it was a recent repress of a record I really liked in the 90's.

Deadguy - Fixation On A Co-Worker 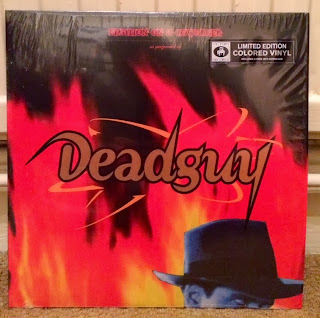 Back in the mid to late 90's this band was right up my street, although it wasn't this record the bands 1995 debut I heard first, it was the EP that came a year later 'Screamin' With The Deadguy Quintet' that I remember buying (from a market stall weirdly) purely because I'd heard the bands name touted around and thought it was cool. That EP was decent but this full length is much better. 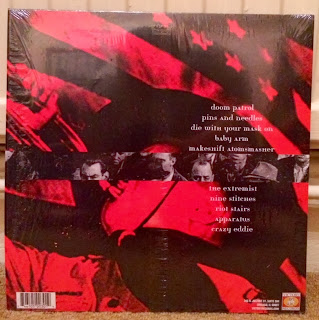 Victory do another good job on this record in terms of packaging and this looks really great. I wonder if they have any plans to release 'Screamin' With..' it was originally released as a 10" (yuck!) but a 12" release would be nice. 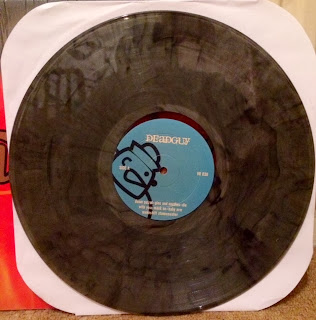 I was fortunate enough to pick up the rarest colour version Clear with Black Smoke limited to 100 copies. The other pressing numbers are : Pink limited to 409 copies ,Red limited to 377 copies and Yellow limited to 162 copies. 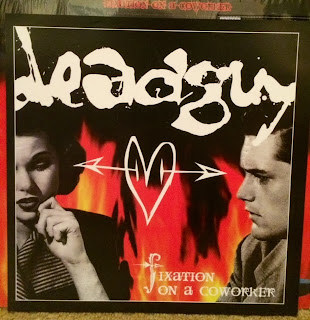 As much as I quite like the album cover is it me or would this insert picture have worked better? Anyway, as is usually the case I wasn't going to order just one record from the states and it was nice to see Victory had a copy of a record I'd been looking to pick up on vinyl for a while. A record that I dare say only myself and possibly Marcus would even remotely care about in 2013. 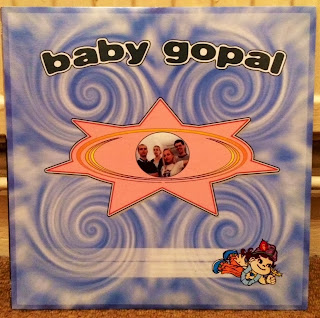 As this record hasn't been repressed I can only think that Victory still have copies of this kicking around from 1996 when it was released, that's not surprising though as this is far from the standard style the label where knocking out at the time. This is girl lead indie rock which is pretty far removed from your Snapcase and Earth Crisis releases. I've always quite liked this though. 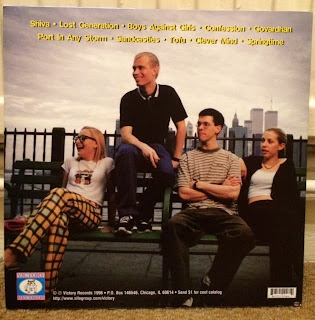 Two girls , two guys, 90's alternative wardrobes - marvellous. Baby Gopal featured the rather gorgeous Sri Kesava who I met once when she was playing in Shelter in around 2002, she was just as gorgeous in real life and even complimented how my physique looked (back when I had one) in the Shelter shirt I'd just bought. I tell you this because I believe she was engaged to or married to Ray Cappo who she said this right in front of, Ray was polite but I don't think entirely impressed. Jake 1 - Cappo 0 haha
My flat mate bought her solo offering 'Gravity Reminds Me' at that show and I always regretted not picking one up as that was also pretty good. 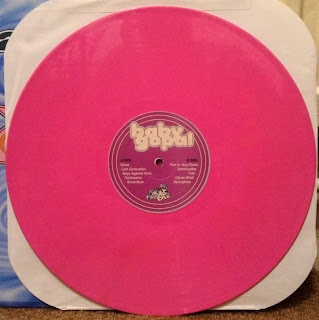 Released on Pink vinyl I think this was the only colour pressed. Although on taking a look at Discogs it seems the record was also pressed on Orange by an Italian label and also given the title 'Fearless'. Pleased to pick this up anyway and in 2013 I still quite like it.
Posted by J@screamingforrecords at 12:05 2 comments:

This is the first release in a while from 50 Lions and they haven't missed a beat, this is a bit of a banger!

50 Lions - Pray For Nothing 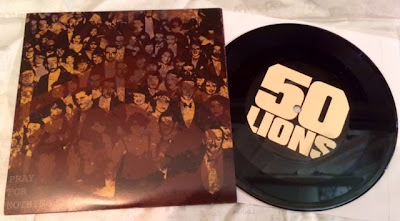 I had no idea they had a new release out actually till I added this to my cart buying something else (I forget what), and I'm glad I did as these three songs are really good and rammed full of some pretty cool, heavy but still catchy riffs. 50 Lions are just one of those bands that are really consistent across all of their releases and I don't think get as much attention as they probably should. 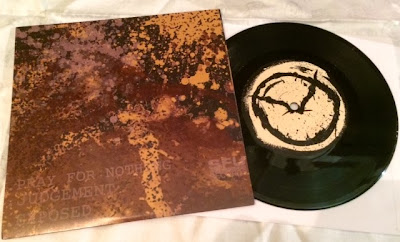