Another post, don't get too excited this renewed vigour will probably be cast aside by mundane stuff like work, but for now here's another record off the MASSIVE stack.
Raw Justice - Artificial Peace 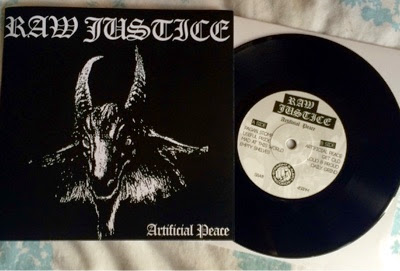 Straight & Alert Records are another company out there at the moment that I know will deliver the goods with every release and this is no different. Raw Justice are from France and play some fast old school hardcore in that Boston style. Their good at it too, this is the first release I've heard from them but I'm keen now to go back and check out the older releases. 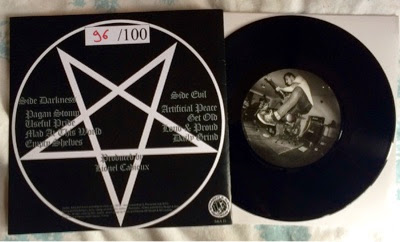 I opted for the 'Bathory Cover' version of the release for reasons I can't remember but it seemed a good idea at the time I'm sure. As you can see it's out of 100 and hand numbered. There's a 'band pic' cover version of 100 too as well as the standard cover version of 326. All versions come on black vinyl. 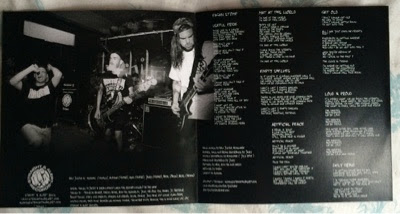 Posted by J@screamingforrecords at 16:55 No comments:

Wow, has it been so long? I haven't blogged in ages. I need to get back in it big time. Let's start with a record I got a while ago and didn't get round to listening to for weeks.
Rude Awakening - Collateral Damage 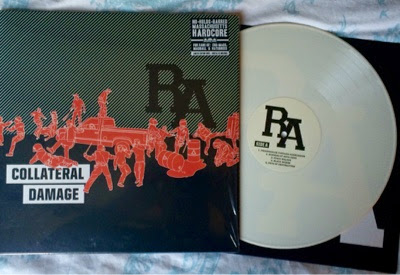 I hadn't rushed out to buy this record on release, I'd got a couple of the bands 7" releases in the past and whilst on the whole liked them, I had found the band a little hit and miss. So I just added this to a Rev order I made a couple of months ago casually, not expecting much from it. 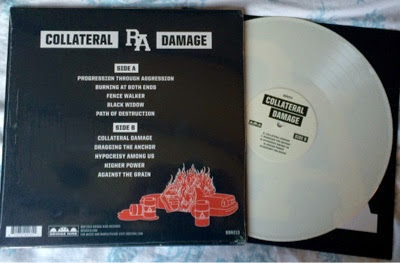 Truth be told though, this is a good record. Rude Awakening have harnessed their sound a bit and deliver a solid record with no clunkers, just 10 good tracks of angry hardcore in the Expire vein with some massive riffs. Shame I waited so long really as this white vinyl version is out of 1000, the other two version are on much cooler colours and limited to 150 and 350. 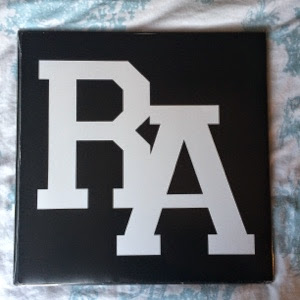 The only thing I would criticise with the record is the less than brilliant cover. I get the intent but the graphics themselves are pretty poor. They look like something Matthew Broderick would have knocked up on his computer in War Games! 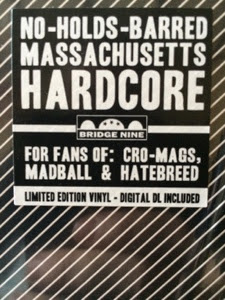 Posted by J@screamingforrecords at 03:38 3 comments: