I just can't stop listening to this band at the moment.
I talked about Black Breath's second album Sentenced To Life in my today was a good day post after it had been recommended to me by a couple of friends. I honestly didn't know what to expect other than I'd heard "It's a bit like Entombed". Well after the first spin of Sentenced To Life I thought it was bloody great. How had I not heard Black Breath sooner? Subsequent plays only went further to cement the fact that this was an excellent release. 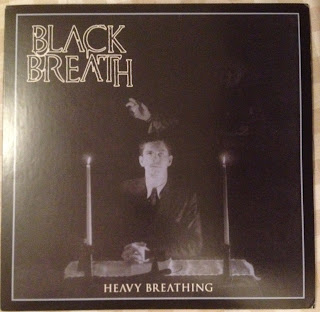 Obviously this meant I now had to go find a copy of their debut album too, especially as I was now being told that this first album 'Heavy Breathing' was even better. Now that I liked the band though and wasn't just purchasing on a whim there is no way I was gonna be content with a normal black vinyl copy of Heavy Breathing. Luckily for me I'd bought a few things off a guy a few months ago and seemed to remember that on his list of sale items was Black Breath. Was it Heavy Breathing? Was it a non black vinyl copy? An email later and it was yes on both counts. Fuck yes! 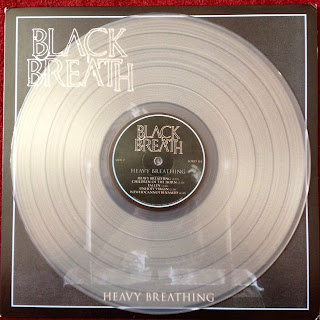 Clear vinyl to be exact which given the ghostly image on the cover I think actually works quite well with this LP. I believe this was the European limited version of the release with the limited U.S version being blue. No idea of pressing numbers though. Both these Black Breath releases have great covers and packaging. Southern Lord have done a great job here. The whole thing just feels solid and quality. 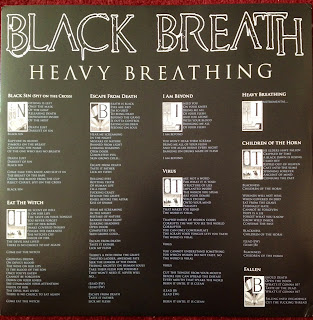 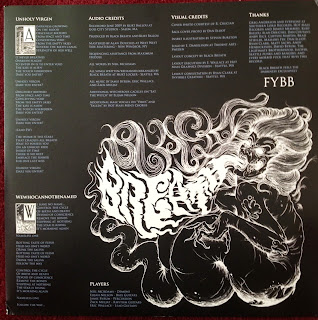 Is this better than Sentenced to Life? Yeah probably. The second album is more of the same really and by that I mean quality heavy music, but I'd say Heavy Breathing is maybe slightly more consistent, there ain't a lot in it at all though, Black Breath have released two absolute scorchers. Think Entombed meets Converge meets Doomriders and your in the right kinda area. 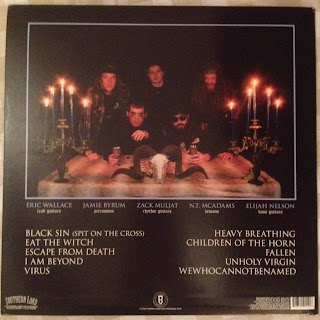