A while ago I was bemoaning Flatspot Records delivery speed. They had the audacity to take over a month to deliver me my lovely goods. Well New Age Records make Flatspot look like over night couriers. 6 Months it's taken for these two Strife records to get to me, I only bought them on a whim in the first place. 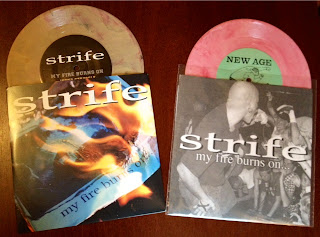 It's two copies of the My Fire Burns On 7" - The '77 Pink version limited to 77 copies and the Grey with Yellow version of which 350 were pressed. 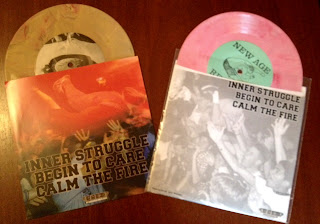 I'm hoping as some way of a 'dude, sorry it took 6 months' they did throw in some stickers and these two 7"s. 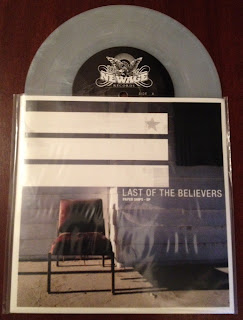 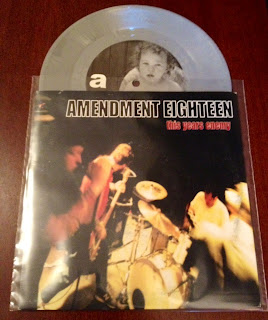 Amendment Eighteen, This Years Enemy on grey. Which judging by the ring wear has been hanging around New Age Towers for quite some time.

I've never heard of either band, they might be awesome, I'm guessing they ain't.
Posted by J@screamingforrecords at 11:58