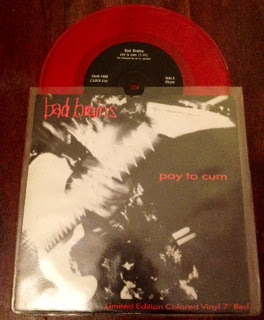 It was a slow week this week in terms of new records, not in terms of quantity because a fair few came through but most of it was 'house keeping buys', by that I mean different versions of records I already have or records I've never had that aren't very interesting but I saw them cheap and decided I wanted them on vinyl. For instance I picked up a copy of Iron Maidens first LP, and also a copy of Sabbath Bloody Sabbath, both highly uninteresting cheap black pressings that I just wanted to add to my 'classics' shelf. Any one else have those sort of weeks? 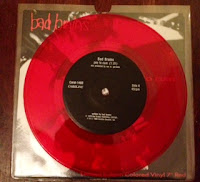 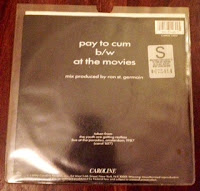 I doubt it's that limited but it looks fairly cool and there's nothing wrong with a bit of Bad Brains coloured vinyl.

Second, Gorilla Biscuits S/T on 12" vinyl released by We Bite Records in 1991. 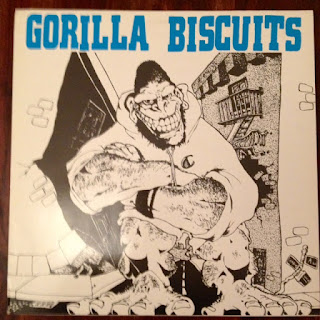 I've had the 7" of this for as long as I care to remember and also have the extra B side tracks on the various compilations and releases that they appear on but to have them all in the one place is cool.

So there you have it, two releases I didn't have that now I do. Unspectacular maybe but worthy additions to my collection I think. I'm pleased to find them a home.