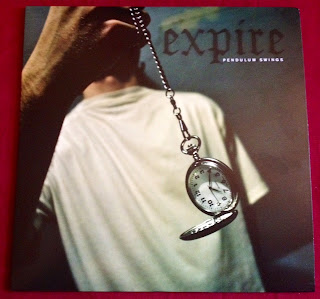 Records don't fit through your average letter box. I dare say some people are smart and get them delivered to work or something? I don't. When I get home from work I usually find a card telling me somethings being held at the local collection office, it's ten minutes drive away, I got home 10 minutes before it closes, I jumped back in the car and went to get it, Royal Mail don't rob me of a nights listening, HELL NO!

Same band two posts in a row. In my last ramblings I talked about Expire and the 7" teaser for this record that came today, their new album Pendulum Swings. Now granted I've only had three listens through and one involved my four year old daughter 'singing' along but its actually a bit bloody good. 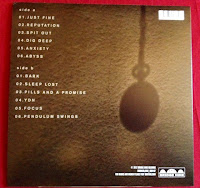 I know a few guys like myself had felt the 'Suffer The Cycle' 7" was a little uninspiring but this already sounds like a real leap forward. The opening shout of "Everything is going fine" brings things crashing in well and the record doesn't let up from that point on. There's some banging riffs on offer here and whilst they aren't reinventing the wheel musically or anything, there is definitely enough to have you furiously nodding along with a big old grin. My only criticism is that the vocals seem a little low in the mix, although maybe it's my levels I dunno. 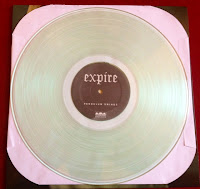 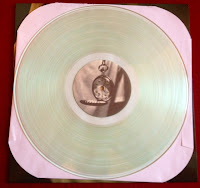 As I didn't pre-order this or select it from Bridge Nine, I have the 'Coke Bottle Clear' version as it's simply the one that came through. I'm guessing it's the most common version, as there was a 'Coke Bottle Clear w/ Black Splatter' pre-order and also a Gold version. Can't say I'm at all fussed though as I like how this looks (I think I say that about every record I get haha), and it seems to work with the cover. 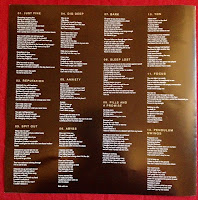 So whilst I have to explore this record more yet, I'd definitely say if you'd dismissed Expire previously this record might just change your mind. Check out 'Just Fine', 'Spit Out' and 'Abyss' as instant choice cuts. 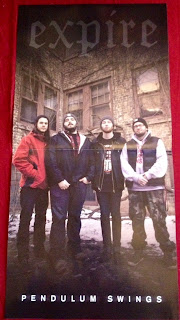