Live By The Code

It took me longer than I would have liked to get this record. A Terror record being released would normally mean I'd be pre-ordering straight away, but man, those postage costs from America these days just annoy me, so once again I held out for a UK distro to come to my rescue. 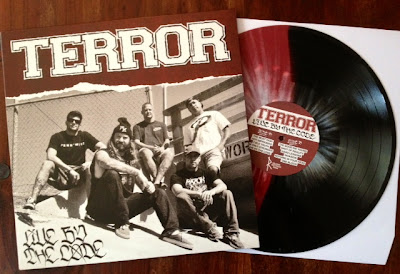 I ordered the record blind but it turned out well as this black and red split with white splatter vinyl version of the record was actually the version I thought looked the best anyway. This version is of 500. 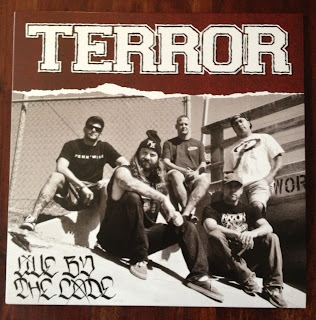 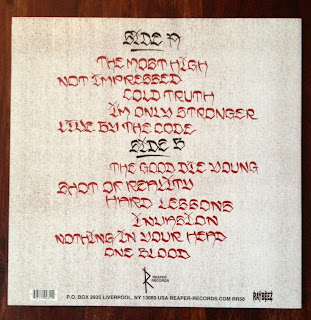 This record in sound, title and artwork seems to carry on nicely from where Keepers Of The Faith left off. Scott and the gang by this time have got this shit down and they can keep producing records like this for years for me, there's something I like about knowing exactly what I'm going to get from a Terror record. 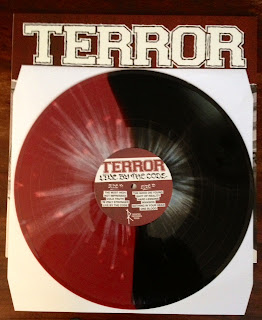 In their quest to spread the good message this record comes with a 'bandzine' which is essentially a nice thick inlay booklet full of photos, lyric explanations and scene codes and messages. It's fairly cool and is exactly the kind of thing that separates records from Cd's and MP3's. You can't flick through the booklet whilst listening to the music when you just download on iTunes. 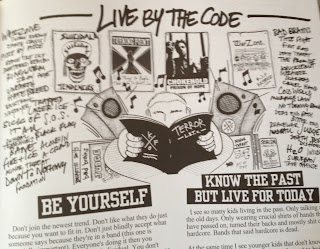 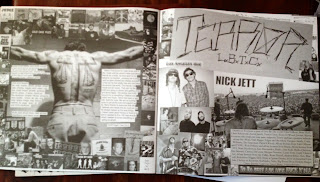 For a comprehensive look at all the different versions of the record that have been released in this first press check out Willem's piece here R.W.H.A.F - Live By The Code