The Demons Have Run Amok

This post is a little delayed, I'll explain why. When Demons Run Amok announced they were releasing the Sai Nam record I hesitated in pulling the trigger and buying it, however when I heard that they were also releasing a re-press of the Cro-Mags Alpha Omega I think via Willems Blog I bit the bullet and with a little help from my German translator ordered the pair.

Then this turned up: 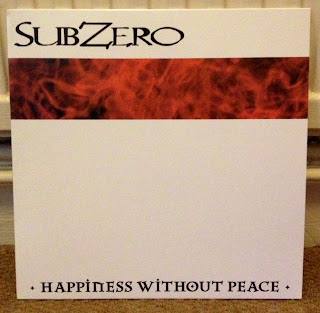 SubZero - Happiness Without Peace. They'd only gone and sent me the wrong record. I fired off a quick email to Demons Run Amok and we worked out a deal that meant I didn't have to send the record back thankfully as quite frankly I couldn't be arsed. Good guys. 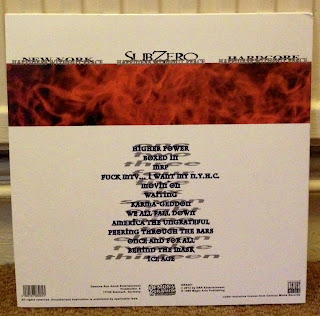 So whilst I hadn't been in any real hurry to add this to my collection, mainly because I was familiar with it's original release back in the mid 90's and I'd never particularly taken to it, now I had it in my paws I was strangely pleased to have it.  Listening to it again now I actually enjoyed it, time I guess, more spins required. 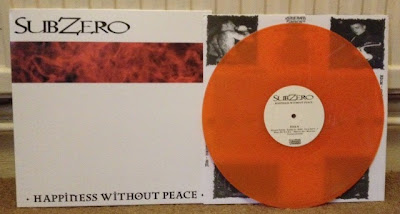 This is the clear orange pressing limited to 100 copies.

So getting on to my actual order. Sai Nam - Crush 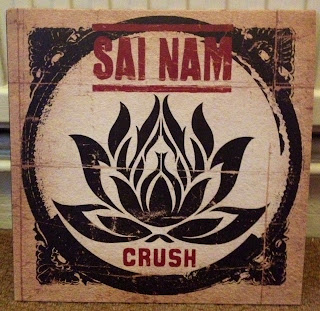 This release by members of Breakdown, Trapped Under Ice, Crown of Thornz, All Out War and Skarhead was originally a strange release by Reaper Records. Strange in that the usually vinyl friendly Reaper didn't bother with a vinyl pressing, so as much as I wanted to hear it I just didn't get round to it. 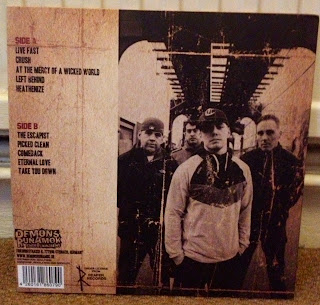 Hearing it now it was worth the wait. This is a quality release and I think Justice from TUI sounds really good here showing a little more light and shade vocally than in TUI. 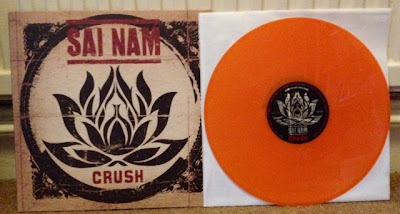 I picked up the orange press of the record again out of 100 copies. I think maybe the red press also of 100 might have been a better choice though as it would have matched the text on the cover better. 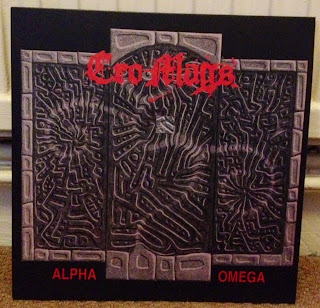 I'd never managed to add the Cro-Mags 1992 record to my collection so I was pleased to finally get the chance. Whilst this record is no Age Of Quarrel, shit it's not even a Best Wishes I always had a bit of a soft spot for it. 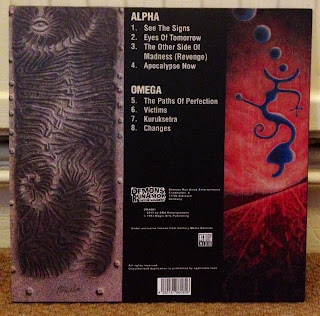 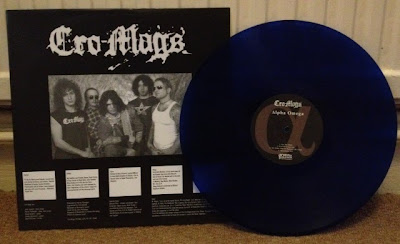 I think it was Mario that called it in his post about this one but the band look completely ridiculous in the photo on the inner sleeve, how out of place does Bloodclot look? This is the clear blue version of the record limited to 100 copies. There's still copies of all three of these releases left at Demons Run Amok surprisingly. 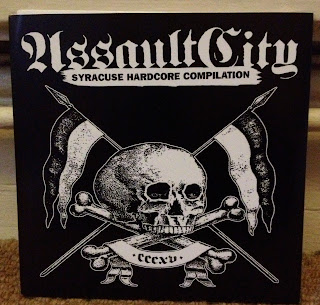 Just before checking out I had a scour around the webstore to see if there was anything else I could add to my order for the hell of it and I found a copy of the Assault City Compilation release from Reaper Records. 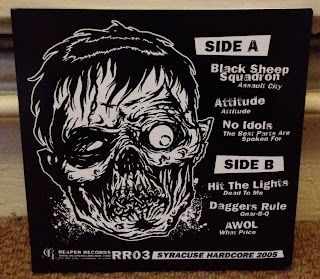 Loosely collecting Reaper releases it was great to add this early release (Reaper 03) to my collection. It's only on black vinyl of 700 but it's all good. 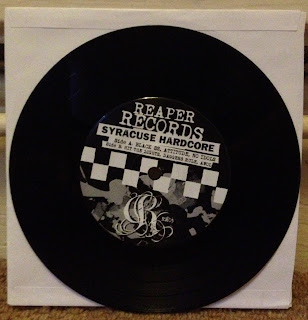 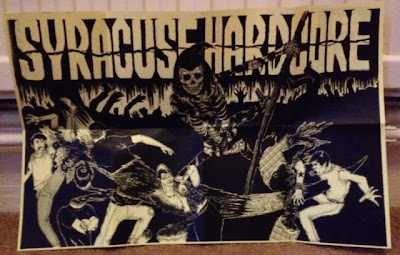