Water, Solutions and Tin Can Phones

Let's start the year with two records, one of which is one of my favourite records ever! 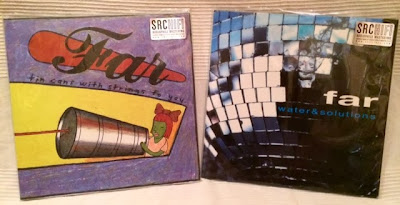 Far's two major label records were recently given the vinyl treatment for the first time ever. As much as I wanted them I didn't pounce straight away because of the cost of the record and postage from Shop Radio Cast the company responsible for the repress, but after seeing Marcus post up a picture on his Instagram that contained one of the records It was the push I needed to finally cave in. I did at least manage to get them from Amazon UK which saved me some coin on the postage. 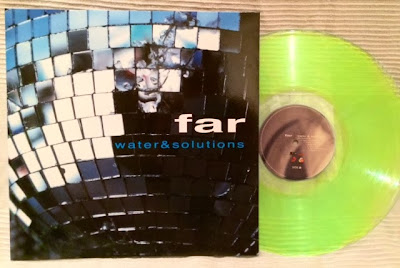 I can't tell you how much I love this record, every track is fantastic and for me it's the very definition of emotional guitar driven rock music and Jonah Matranga has one of the best voices for this kind of style too. 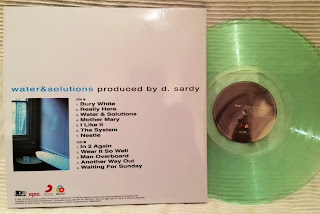 The record it's self looks absolutely killer with this gatefold packaging. Despite it looking Green here this is the Coke Bottle Clear (makes sense with the title of the record) press of the record limited to 500. There's also another 500 on Clear with Blue Smoke with the rest of the press on Black. 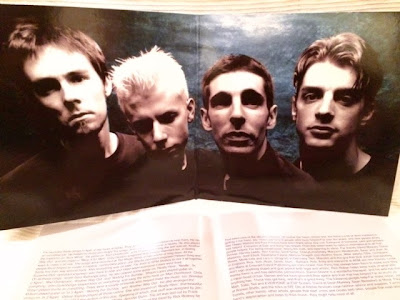 So that's all the good news, and now for a little moan. And I really can't help but feel let down. To start with the record was supposed to be on 180gram vinyl and isn't, not a biggy but considering the price worth mentioning. SRC also quite proudly I must say, promote this record as 'Mastered From The Original Master Tapes By The Famous Stan Ricker'. I have no idea who Stan Ricker is but Stan fucked up (or someone did)! This is the first record I think I've ever owned that has some of the music missing. A few bars of the opening track Bury White are non existent (really off putting if your at all familiar with the song), it's really weird, I have no idea how this could have happened. The pitch of the record is off too. All my other records play fine on my deck without me having to adjust the pitch but with this record it sounds way too fast, unless you drop the pitch down to about -6 old Jonah sounds like a 17 year old pop-punker. What did they do with the Test Presses? Did they bother with Test Presses? Disappointing.
Far - Tin Cans With Strings To You 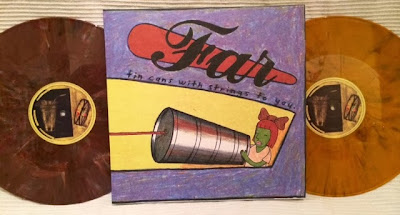 Tin Cans fairs a little better in the music department although is still by no means in my eyes a perfect press. This was the record that proceeded Water and Solutions and is less 'commercial' sounding but I love this record too. In fact 'What I've Wanted To Say' might have over time become my favourite Far song. 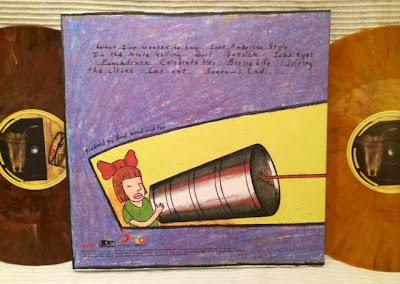 The packaging is again really striking and well done here. This record also has a gatefold sleeve but comes as a double LP album. The pressing details are Yellow press of 500 and Purple press of 500 with the rest on Black. I presume this is the Purple press but neither record are actually Purple, one is Brown and one is a kind of Mustard colour. 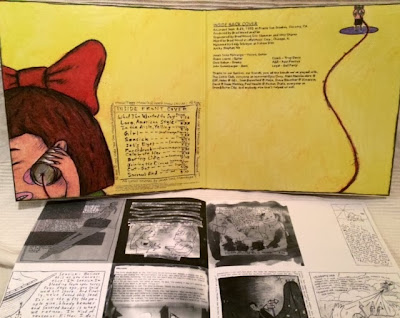 Overall I'm really pleased to add these to my collection and finally have them on vinyl but I do just wish that Water and Solutions press had been given a little more care. 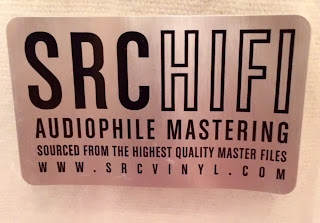