I like early Vision Of Disorder a lot. In fact I'm with the band up to and including the second full length 'Imprint'. There doesn't seem to be that much love for them these days which is a shame but I guess that's the product of some frayed label relationships and a seriously bogus shift in musical style in the early 2000's. I really wanted to love their record that came out last year but although it was a return some what to the 'V.O.D sound', I was just kinda nonplussed about it.
Regardless, over the last year or so I've been on the look out for a couple of their earlier 7" releases and I finally found this one on eBay for cheap (I just don't want to spend loads of money on bands like this that I don't listen to anymore).

Vision Of Disorder / Loyal To None - Split Atom 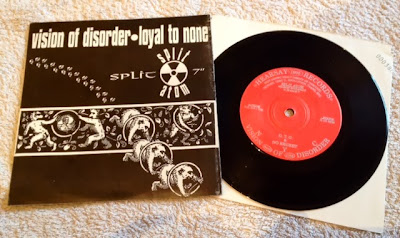 This is a 1994 split release with Loyal To None on Hearsay Records and features an earlier version of my favourite V.O.D song D.T.O (Drop The Oppressor). According to discogs 1000 were pressed on black and black alone. 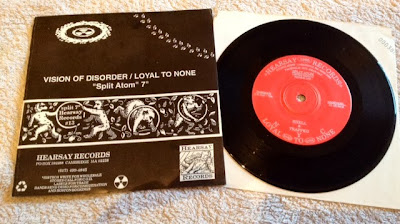 The sleeve on this screams 90's. I seem to remember a time when most hardcore 7" records looked like this. 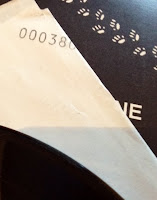 And for old times sake:

Email ThisBlogThis!Share to TwitterShare to FacebookShare to Pinterest
Labels: Loyal To None, Vision Of Disorder