I'm not saying I'm slow on the uptake or anything but you've gotta laugh that in the same week Mario posts up his copies of the new Mindset LP I'm only just getting round to putting this up: 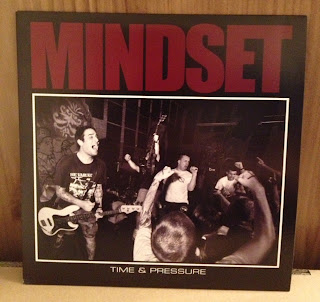 I was a bit late to the Mindset party and ever since then I seem to be constantly behind with picking up their stuff on vinyl. They are a fine band who I like a lot and have all their stuff downloaded on my Ipod and I listen to it a fair amount so I don't know why I keep stalling with them. I still haven't got round to even picking up a copy of the new record. 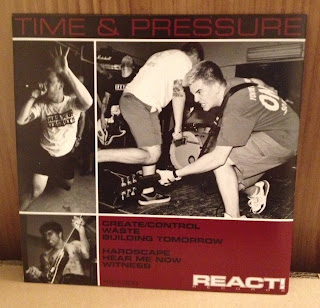 Anyway, I was looking on eBay a few weeks ago and saw this so realised I had no more excused to pick it up. This joins the only other piece of Mindset vinyl I have, the Real Power 7". This is the red vinyl first press version of 400. 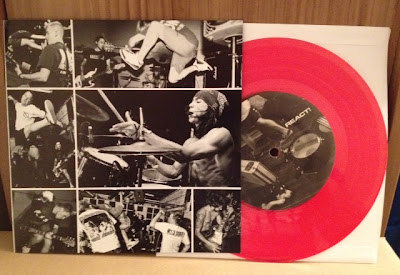