Weird. When I picked up Stick Together - Surviving The Times last year I could have sworn I'd blogged about it, I mean why wouldn't I? I really liked it. In fact even now as I write this I'm sure I did it before... 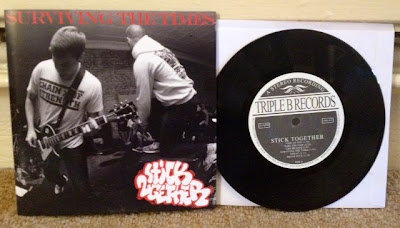 So in a belated fashion long after everyone has heard it and blogged about it here it is. Only the black version I'm afraid out of 924. Really good stuff though and I'd love to hear a full length from these guys. The whole packaging of this thing looks great actually. 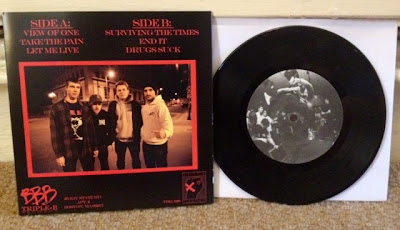 Anyway, the reason I bring this release up now is that ever since buying it I've been on the look out for the bands earlier release No More Games. I hadn't been able to find one on these shores though until a few weeks ago when I finally scored it from eBay. 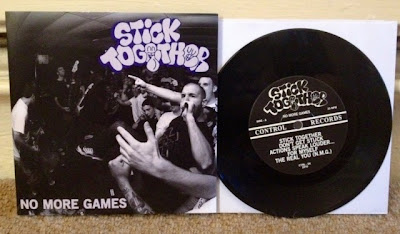 This release is quality too, probably not quite as good as Surviving The Times but there's not much in it. Because of my late purchase (this came out in 2010) I knew I was probably only ever gonna score a black version of this. This is the Control records release. 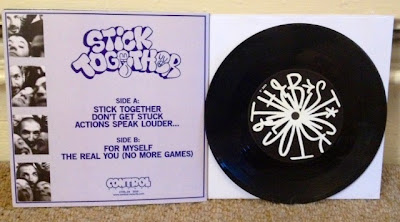 Email ThisBlogThis!Share to TwitterShare to FacebookShare to Pinterest
Labels: Stick Together, Triple B Records