Another addition to my slowly growing Revelation Records collection here. Despite the fact that this is kinda viewed as a ginger step child by many collectors, this was actually something of a grail for me.
Rev #23 The Ray & Porcell 7"
It wasn't a grail because I think it's fantastic musically or anything, it simply became a bit of a grail because I missed out on one maybe a year or so ago and ever since it just hasn't appeared on the Bay. So when a seller put up a load of Rev colour vinyl for sale recently I had my eyes in just one.

If you've never heard this it sounds like an echoey Shelter playing with a drum machine. The tracks aren't that bad though, if they'd have had a real drummer like say Sammy, I reckon this would have sounded heaps better.

This is the purple vinyl version limited to 1000. 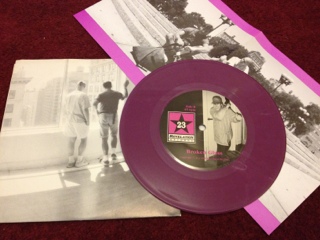 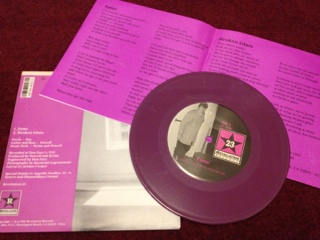