No Doubt About Mindset

It's Mindset vinyl so of course I was late to the party, it's just the way it is. I was going to pre-order this, in fact I think I got as far as adding it to my cart and nearly checking out at one point and then promptly didn't purchase it. I think the issue is that although I like Mindset and have liked their previous releases I've never completely been gripped by them. I don't know why but its the truth. That all changes now though because I love this record, it's fucking great in fact. 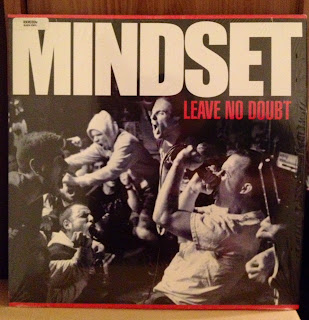 I'm actually pretty bummed out that I didn't pre-order this record now as I have only got the Black vinyl version out of 1000. I'm sure I'll pick up a colour version at some point though. 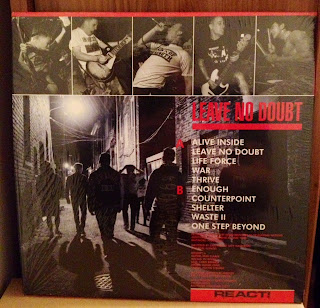 I know this record technically came out in 2012 but this is my favourite record of 2013 thus far, and it's up against a couple of heavy hitters already. I just like everything about it. It's a great collection of short sharp songs played with urgency and by a band who I feel have really found their sound and 'place' in the genre with this record. In fact I'd go as far as saying that once upon a time I think this record might have taken on classic status. Can records ever be classic anymore? Are enough people buying records? I don't think so, I don't know if the majority of people will hold records dear enough to their hearts anymore...but hey that's a debate for another day. 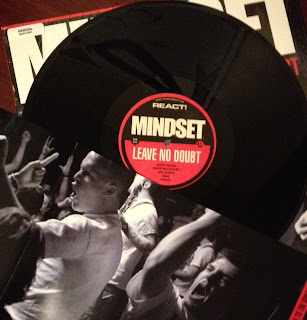 The presentation of this is great too. The colour scheme and layout just work and look really striking. Another great release from React! and me finally completely sold on Mindset. Can't ask for more really.
Posted by J@screamingforrecords at 13:13