Only my third post of the month, what's going on? 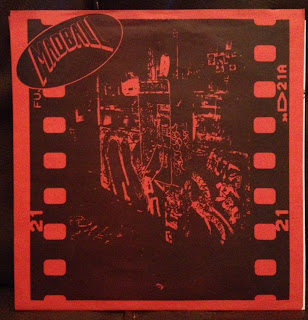 I picked up this recently and must admit I don't know a huge amount about it. This is a split 7" release between Madball and Offset released and given away with Fear & Loathing fanzine in 1995. You'd be forgiven for thinking this only features Madball though as Offset are only mentioned on the loose insert. 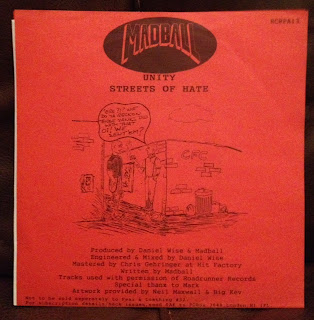 Madball contribute Unity and Streets Of Hate to this release and interestingly they are different versions than what would appear on their Demonstrating My Style album a year later.
When I've seen this previously it's had a green cover but this one is red. I don't know if some were red and some green, hell this might be a bootleg of the original release I really have no idea. As you can see it's on purple vinyl with white labels. 1000 were pressed but that could just refer to the green cover version. 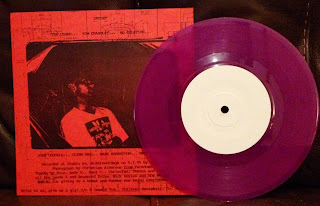 This is the insert that mentions Offset. The inner sleeve is also stamped with this 'M' logo that I don't know if I've ever seen before associated with Madball, it's an obvious play on the Madness logo anyway.