2013 has been one hell of a year for Speedowax Records and I'm running out of hyperbole to praise their releases. They've just been quietly going about their business putting out quality release after quality release. Some of the bands they've put out over the year like Kickturn, The Catharsis, Wrong Idea, Cross Me, Flex, Step Aside etc will take the Pepsi challenge with bands put out by your Bridge Nines and Reapers of the world any day. This latest release is no exception: 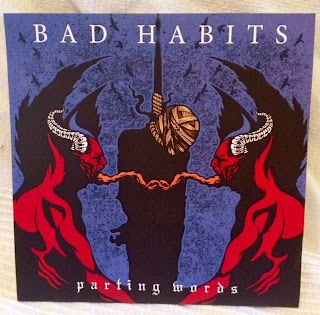 Fans of Backtrack and Expire will lap this band Bad Habits up, they play a similar brand of that fast aggressive modern hardcore that the two aforementioned hammer out. This 7" is a proper rager with enough groove to get your head banging and finger pointing. 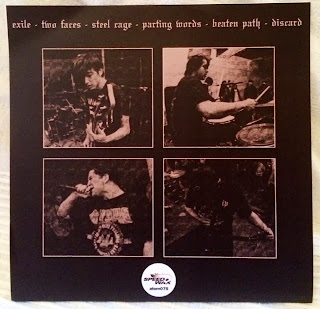 The record was released on black vinyl only I believe and is hand numbered out of 93 as part of Speedowax's 16th Birthday press. I have number 47. This is one of the best covers I've seen on a Speedowax record too, it's really vibrant and stands out a lot with good artwork too. 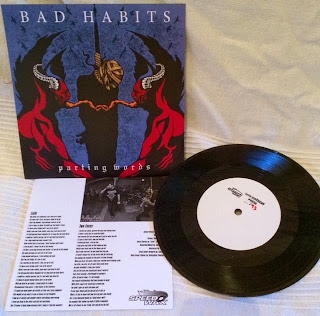 Like Cross Me that I wrote about a few posts ago I'll be keeping an eye out for future Bad Habits releases as this one is pretty impressive and if you aren't doing so already keep an eye on what Speedowax are doing in 2014.
Posted by J@screamingforrecords at 12:05