It's 2013 and no one cares about Corrosion Of Conformity! I have no idea if that statement is true or not, but what I do know is that I was unopposed in picking this up from eBay recently. My bid was the only bid for this thing, hell i might have been the only one watching it, because I scored this for £5. Sad state of affairs really but to my gain so hey, it's not all bad. 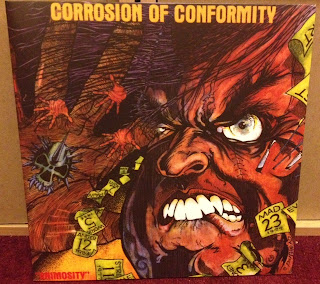 Like my last post this is another record I probably hadn't listened to in it's entirety in a good decade or so. It's exactly how I remember it though, thrash-hardcore crossover with a few groovy bluesy touches which nod to the bands later sound that they wouldn't really delve fully into for another 10 years. Considering this is from 1985 it's pretty hard hitting actually. I've kinda always seen C.O.C as nearly men of what ever genre/scene they've evolved into though. 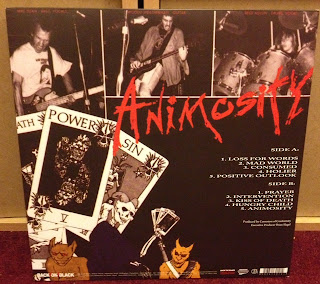 This isn't an original pressing of the record as you may have noticed this is the Back On Black 2009 press. I've got a couple of Back On Black re-issues and as per those they do another fine job here. It's hard to tell from my pictures but the packaging looks awesome on this. Vibrant colours of the front cover really pop out and it's also on a gatefold sleeve. 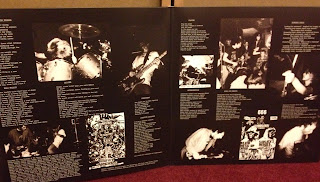 Now, I believe this was pressed on grey and yellow vinyl. I've got the yellow version which actually looks pretty darn cool and works well with the colouring in the front cover art. Because it's 180 gram vinyl too it just makes this whole package seem really solid and well put together. 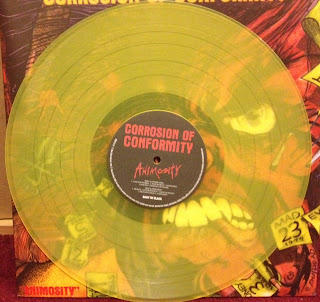 I know C.O.C released a new record last year which I had little interest in, I'm tempted to go have a listen now.

Email ThisBlogThis!Share to TwitterShare to FacebookShare to Pinterest
Labels: Corrosion Of Conformity