Chortle! Sorry about that title.
Quick post as I'm just kicking about for a couple of recent Reaper Records pick ups.

First up Born From Pain - Warfare 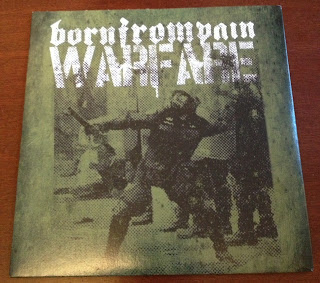 I loosely collect Reaper Records stuff, maybe at some point I'll get a bit more serious about it but they are a quality label so for now when they release something or I see a release on eBay I pick it up if the price is right. 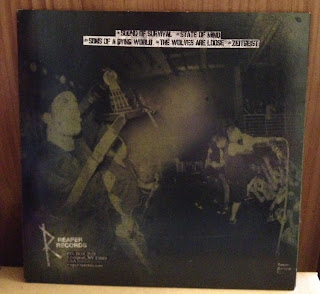 I'm pretty 'Meh!' about Born From Pain to be honest, their OK but I'm not mad into them but like I say it's Reaper so I was gonna have to get it eventually so when I saw it on eBay for a couple of quid I thought I might as well get it. 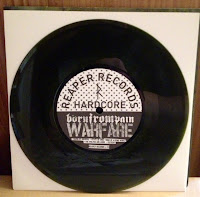 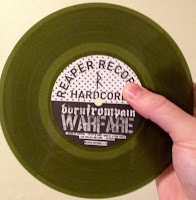 This is the 'dirty green' version of the record, which looks almost black until you hold it up to the light as you can see. 1000 of these were pressed. 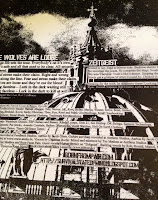 I also got this a few weeks ago too. 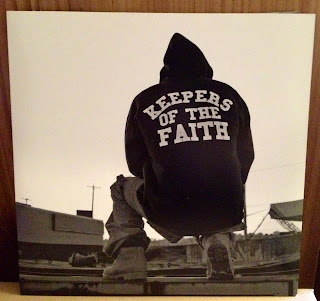 It probably goes without saying that I already owned a version of this as I'm a fan of the band but I didn't have this particular colour vinyl. Of course this is Terror and the K.O.T.F EP that came out just before the Keepers Of The Faith LP dropped. 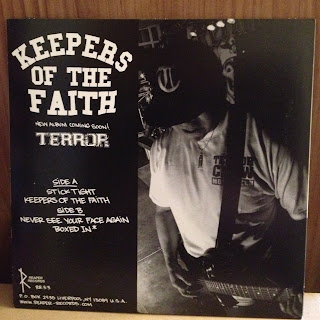 I love all the Keepers Of The Faith artwork and merch and what not for this period of Terror. I guess some people would say it's all a bit much and overkill etc but I dig it. 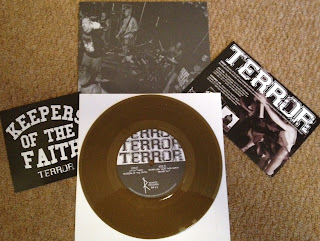 It was the blue version of the record that I already had but that's the most common version of around 1900 if memory serves. This is the 'Gold' version of 300 although it looks brown to me. It was nice to see the inner sleeve for the first time actually as my other copy is still sealed. 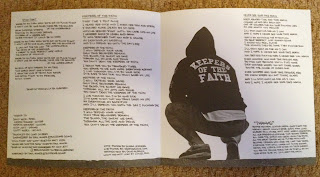 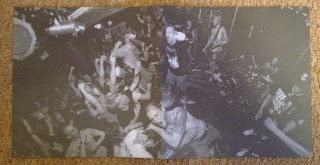