A record came this week that got me thinking about album covers. There's no doubt about it that album covers look at their most absolute glorious as a vinyl record cover. Tapes, Cd's and heaven forbid digital download covers just don't look anywhere near as nice. See this is my favourite album cover of all time, and if truth be told I'm not even entirely sure why! 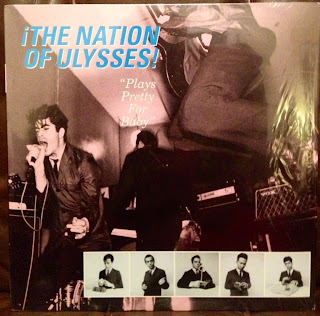 Here it is. The Nation Of Ulysses and their 1992 album Plays Pretty For Baby. I've never owned this on record before, I bought it way back in the mid nineties on CD and have always thought it looked great as a record, I've just been waiting for the right copy and price to come along. It came along this week, super cheap and still sealed with another few records I bought off a guy. 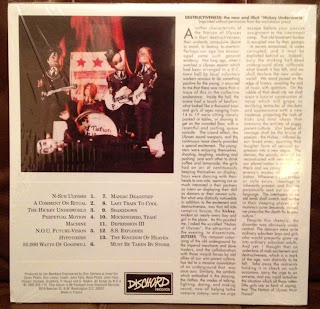 So why that cover? Well, I've just always been drawn to it for some reason, it's something to do with those guys in their sharp as hell 2-tone suits, playing a sweaty raw punk show, there's just a real energy and class that jumps out at me. I absolutely love that cover, always have. It's not the greatest album in the world as much as I like it, Shit, it might not even be Nation Of Ulysses best album. But that cover is fantastic. 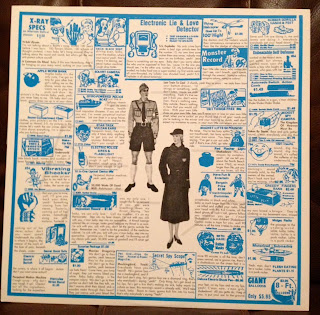 If you haven't heard Nation Of Ulysses before this album was released on Dischord and produced by Ian Mackaye and the band definitely have that DC sound but they also had other ideas that would be aped and copied years later by loads of bands, especially Refused, wanna know where most of the ideas on The Shape of Punk To Come came from? Right here! I mean N.O.U even have a track called The Shape Of Jazz To Come. The band also put themselves out there as what I can only imagine was a tongue in cheek far left political terrorist group, which I always thought was pretty cool and amusing. 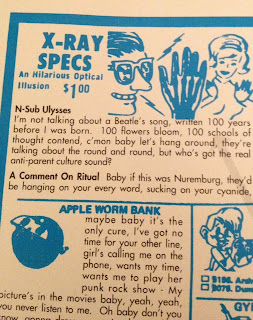 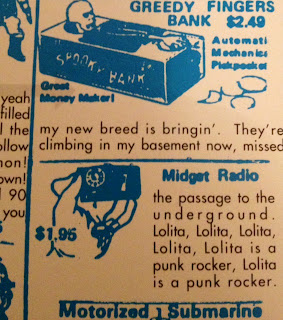 The inner is pretty cool too, set out like those pages at the back of comics and what not when you were a kid and they advertised all the joke novelty items you could buy like X-Ray specs and Mr. Spock ears. 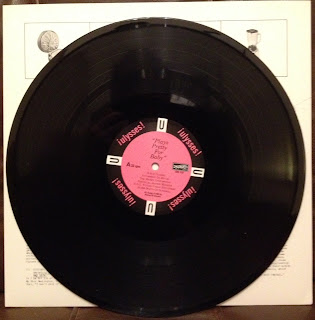 So anyway, it got me thinking and I'd love to know what other peoples favourite album covers are. Especially my fellow blog fiends. Let's see them guys. Do a post about your favourite album cover on your own blogs, that would be cool and interesting...to me at least.
Posted by J@screamingforrecords at 16:33

Email ThisBlogThis!Share to TwitterShare to FacebookShare to Pinterest
Labels: Dischord, Nation Of Ulysses